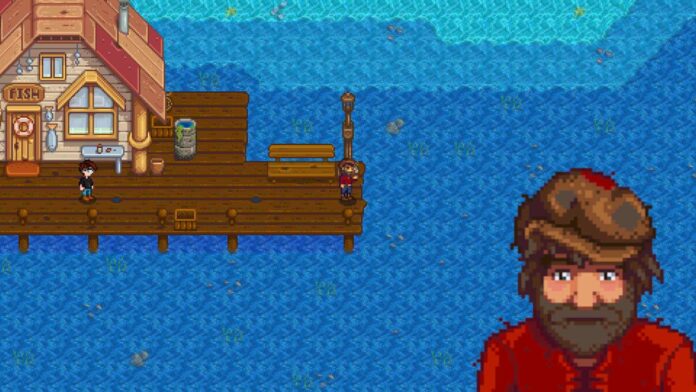 Willy the fisherman is the gruff old Angler who can typically be seen down by the docks on most days of the week mostly spending his time fishing, as you can expect of a fisherman. However, behind his gruff exterior is a rather kind man with a heart of gold.  But if you want to win the old Anglers’ respect for you, you’re going to need to provide the correct gifts to him.

This guide will help you in knowing what Willy the fisherman likes and what’s the best and most convenient method to quickly increase his heart meter so you can get the rewards of his friendship fast.

Also read: How to Get Loom in Stardew Valley?

Like any villager of Stardew Valley, Willy has his own sets of likes, dislikes, loves, and hates.

Loves are the most effective gifts for Willy, and these include Catfish, Diamond, Iridium Bars, Mead, Octopus, Pumpkin, Sea Cucumber, and Sturgeon.

Avoid gifting Willy any neutral, dislikes, and especially hates, as you will only waste gift opportunities and make it much longer for you to increase his heart meter. For the sake of simplicity, any gifts/items not mentioned on the likes and loves list above will be treated as neutral, dislike, and hated.

Now, that’s all of his views on gifts, but which gift is the most cost/time efficient as well as the easiest to find? Thankfully there are a few methods.

Also read: How to Raise Slimes in Stardew Valley?

Most Efficient Methods For Willy

Remember there are only two gifts you can give to a character every week, so make sure to make the most out of them by giving loved gifts over liked gifts. As you have read, willy loves fishing-related items so improving your fishing skill is a great way to get the items you need to get on his good side.

First is the Catfish method. Compared to other methods, this is available right at the starting season of Spring and can be done in Fall as well. Aside from those seasonal requirements, you must also do this method during rainy weather, and cannot be done after 12am.

Simply go to any river stream and meet the above requirements. Make sure to have a fishing rod that can use bait to lure in more fish in a lesser waiting time. Cast your fishing rod and wait for your catch. You can tell it’s a Catfish if the reel is difficult, so make sure to prepare before you reel or you’ll miss your catch.

Not only is this a great way to make some money (with 200 gold for each standard catfish and no other perks) but it’s really simple to do. Not only that, there’s a river just below Pelican Town where you would go to the beach. Thus, your travel time is reduced greatly as you only have to fish near where the beach is and Willy would be most of the time.

Then there are the octopus and Sea Cucumber methods. Both of these items are catchable at sea making it much more convenient when you need to deliver it to Willy with just a walk away to the dock. You can catch the octopus during the Summer season during the time of 6 am to 1 pm. It is an incredibly hard catch however and its pay is actually lowered than that of the catfish, so beware if you’re not ready to catch in the big reels yet.

Sea Cucumber is more manageable than Octopus. With a much lower difficulty, and more flexible time availability than the octopus. It’s available from the start of fall till the end of winter and can be caught between 6 am to 7 pm. You’ll probably have more sea cucumber than you need when you’re on the beach so this method is a natural fit for any aspiring angler.

Do not be confused Sea cucumber with the rarer and purple Super cucumber as Willy does not love this gift but merely likes it. So, ensure you sell it for the extra cash or gift it to the Wizard (who loves super cucumber) instead.

Then there’s a diamond. Not only does it have a high selling price, but it also is incredibly versatile as a gift as a dozen villagers love it including Willy as previously mentioned. There is a variety of ways to get Diamonds but the most common way is to go to the mines and reach floor 50 and above.

Diamond nodes will start appearing at levels 50+ so make sure to keep an eye out on any diamond nodes. As well as being incredibly valuable, the Crystalarium (which can be obtained by donating 50 minerals to the museum, completing the 25000 bundle in the vault and a recipe for it obtained at mining level 9) allows you to duplicate any gems including diamonds.

Then there are quarts. Quarts are very common minerals found in the caves at an early level and above. Considering their low value and commonness, they make an excellent gift for Willy in terms of affordability but don’t provide as many like points as the other gifts, so do be aware of this.

Also read: How to Talk To People in Stardew Valley?

So, after all those gifts that include catching sea cucumber and mining diamonds, what do you get for all that hard work in trying to befriend Willy? Well, firstly you get recipes that include fishing-related items and ingredients. So, it’s a great benefit to befriend Willy to make more use of your fishing talents, you might as well get something out of it besides cash, right?

Overall, befriending Willy won’t take too much of your time, so long as you follow the guide that’s been written. Make sure to send a gift during his birthday as well, to ensure that you get lots of extra heart points, but just be sure to send him 2 gifts every week; shouldn’t be too hard to impress him if you’re a great angler.

How to Get Loom in Stardew Valley?

How To Fix Happy Home Paradise DLC Not Showing Up At Airport?

How to Ride a Tricycle in Animal Crossing?

How to Use Mailbox in Animal Crossing?

How to Visit Random Islands in Animal Crossing?